Multan is well-known all over Pakistan as "City of Saint" because it has many shrines and tombs of Sufis from Medieval Islamic India time. During the 11th and 12th Centuries, it was one of the largest trading centers- the main attraction point for both traders and Sufis. Its neighbor city Uch also has tons of Sufi shrines of that era.

The Tomb of Shah Rukn-e-Alam

This seventh largest city of Pakistan is also the capital of the Multan division in Southern Punjab. When it comes to visiting the best sites in Multan, then people talk more about its antiquity and historical places. In this post, I would like to share the details of those places you make a part of your Multan discovery plan.

The Tomb of Shah Rukn-e-Alam

Many of you might not know about Shah Rukn-e-Alam, but you read a lot about Bahadin Zakariya- a well-known Sufi. Isn't it? Shah Rukn-Alam is an honorary name of this Sufi. You may be surprised to know that more than one lac pilgrims visit this tomb on the annual "Urs" festival at this place. I suggest you don't explore this place on that festival because you probably won't find the right place and peace of mind.

Instead, it's better to sit alone in this fascinating tomb and look closely at the mind-blowing architectural design. This historical place offers a chance to admire Tughlaq architecture.

This temple is one of the best historical attractions in Multan for Indians as once this place was used to worship Hindu Sun God "Surya." Indians today are quite interested in this place as it's one of the most important temples of subcontinent time. This temple has two other names, such as the Aditya Sun Temple or only Sun Temple.

Ancient Multan was the center point of a solar-worshipping sect; this temple worked as an pilgrimage object. In the late 10th Century, Multan's new dynasty, Ismaili rulers, destroyed Aditya Idol. This temple is located in the most populous area of Multan.

It might sound scary at first, but nothing is horrific about this place. This bloody tower got its name when the city's British destroyed its Fortifications in 1849. Alexander the Great got injured at this bastion while he was busy in the Indus Valley invasion. At first, the bodies of those two British emissaries were buried at this place, but later, their graves were removed and reburied at the site of Multan Fort. 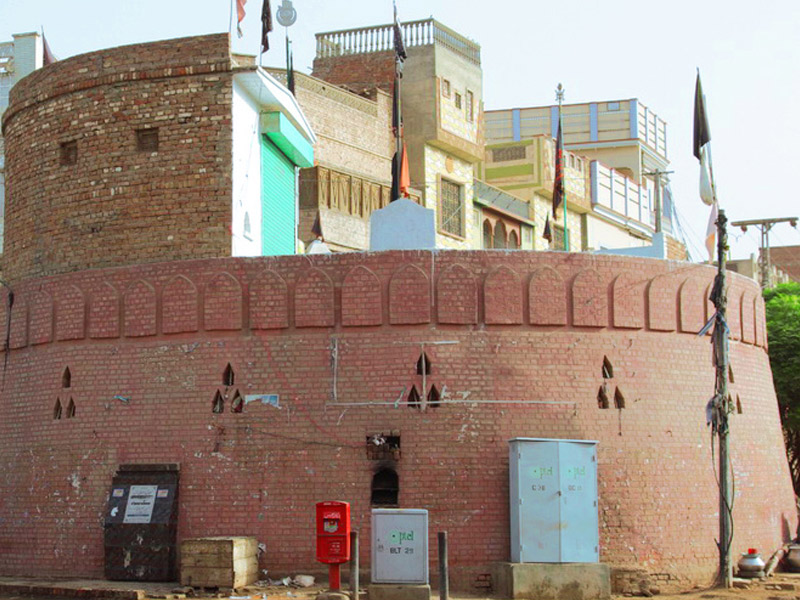 Do you want to dig into some heritage art pieces? I suggest you pay a visit to Nigar Khana. This place has a magical effect on artists. This art gallery will let you explore historical art angles and fascinating art pieces if you love art.

Handicraft of this location provides extraordinary and out-of-the-box creativity levels. If you need some thought-provoking cultural Multan craft, make sure you add Nigar Khana in your things to do on the Multan list.

Shah Shams Sabzawari Tabrez is a well-known Saint of Multan after the greatest Saint "Shah Rukn-e-Alam." There is a historical story related to both saints, in which a conflict between Tabrez and Zakariya was reported. According to that story, Zakariya was the oldest saint of Multan, and he wasn't happy when Tabrez arrived in Multan. According to him, the city was overflowed with tons of saints, so he didn't welcome Tabrez.

Zakariya hold an authoritative position in Multan, so he commanded the supplier not to facilitate Tabrez. Once he caught a dove to eat, the chef didn't offer him cooking services as they were afraid of Zakariya's anger. The story got a twist when Tabrez commanded the sun to roast the bird and eventually fulfill his command.

Indeed, it's an incredible story. Proof of that story is associated with the burning heat of Multan. People believed that the sun didn't go back to his original place and heat after that command. Therefore, still, Multan has scorching heat and high temperatures.

Should you Invest in Icon Villas in Multan?

Do you want to discover nature's beauty? You should plan a visit to Jheel. It's a popular place where people go to refresh their minds and souls. This peaceful Jheel is a lake on the brink of which you can witness the surrounding place's beauty and calmness.

Must check tourist attractions in Skardu

In case you are going there with kids, then an amusement park brings lots of fun moments on your trip. In the park, you can take swings and recall your childhood memories. The whole jheel area is safe and secure. The staff of the Multan government fully managed this place. It's a suitable place when you plan a visit with your family members. This place becomes crowded after sunset, so that you can expect a good company around.

I shared a list of the best places to visit in Multan. Keep this list with you while planning a trip to this city. The weather will be hot in summer, so you should discover this place in winter because you might not tolerate this central Punjab city's heat level.